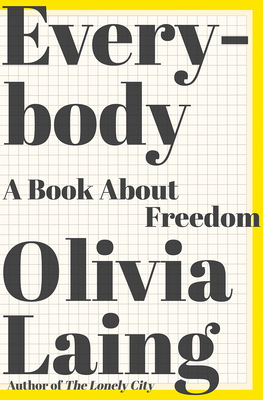 "Astute and consistently surprising critic" (NPR) Olivia Laing investigates the body and its discontents through the great freedom movements of the twentieth century.

The body is a source of pleasure and of pain, at once hopelessly vulnerable and radiant with power. In her ambitious, brilliant sixth book, Olivia Laing charts an electrifying course through the long struggle for bodily freedom, using the life of the renegade psychoanalyst Wilhelm Reich to explore gay rights and sexual liberation, feminism, and the civil rights movement.

Drawing on her own experiences in protest and alternative medicine, and traveling from Weimar Berlin to the prisons of McCarthy-era America, Laing grapples with some of the most significant and complicated figures of the past century—among them Nina Simone, Christopher Isherwood, Andrea Dworkin, Sigmund Freud, Susan Sontag, and Malcolm X.

Despite its many burdens, the body remains a source of power, even in an era as technologized and automated as our own. Arriving at a moment in which basic bodily rights are once again imperiled, Everybody is an investigation into the forces arranged against freedom and a celebration of how ordinary human bodies can resist oppression and reshape the world.

Olivia Laing is the author of three acclaimed works of nonfiction, To the River (2011), The Trip to Echo Spring (2013), and The Lonely City (2016), which was nominated for the National Book Critics Circle Award in Criticism and has been translated into seventeen languages. Her first novel, Crudo, was a New York Times Notable Book and won the 2019 James Tait Black Prize. She writes for the Guardian, New York Times, and frieze, among many other publications. Her collected writing on art, Funny Weather, was published in 2020. The recipient of the 2018 Windham-Campbell Prize in nonfiction, Laing lives in Suffolk, UK.

A quintessential book for the precarious moment we’ve found ourselves in... [M]ultilayered and masterfully structured... Everybody should be required reading for anyone who cares about not just where we are now, but the future.

Revelatory... Dreaming beyond conventional wisdom and restrictive visions, Laing emboldens us to seek liberation across difference in the face of turmoil. Everybody is a galvanizing book during a time of incredible hesitation.

Daring and complicated... The method of Everybody [is] framed as an extended conversation between the author and her sources, in which De Sade blurs into Reich, who blurs into Sontag, and back again. The key to all this movement is that it also invites us to participate in the conversation

A beautiful, strange and sprawling meditation on the relationship between the body and freedom.
— Sophie McBain - New Statesman

We are lucky to be living in the time of Olivia Laing... [T]o spend time with Laing as she works through a topic, finding the unlikeliest of connective ideas wherever she looks, is to come away with a view of the world that—if not exactly clearer—is strange and rich and profound.
— Jonny Diamond - Literary Hub

This is an astonishing project, written with equal parts stirring passion and capable intellect. Laing puts into words experiences I had never before seen in print, and the world is better for it. I love this book.
— Esmé Weijun Wang, author of The Collected Schizophrenias

Everybody is a riveting and fascinating innovative historiography of twentieth century Euro-American radical thought…Brainy, open-hearted, and bold.

Laing's finely crafted blend of incisive memoir and biography vitalize this unique chronicle of the endless struggle 'to be free of oppression based on the kind of body' one inhabits, a work of fresh and dynamic analysis and revelation.
— Booklist (starred review)

Laing creates a penetrating examination of the political and cultural meanings ascribed to bodies as well as the relationships of bodies to power and freedom... Intellectually vigorous and emotionally stirring.
— Kirkus Reviews (starred review)

[Laing] masterfully shares stories of fascinating artists and historical figures... Her net, in short, is breathtakingly, ambitiously wide... Everybody is a nonpareil study that delights the intellect.

A freewheeling and joyful exploration of the works and lives of a range of artists and thinkers who brought libidinal and creative energy together with spectacular results. Laing’s particular gift lies in her unique ability to line up unlikely juxtapositions—of artists, ideas, and works—and then draw clear and illuminating insights from such constellations. What her earlier work did for loneliness, this book does for liberation
— Jack Halberstam, author of Gaga Feminism

Reading Everybody felt like hanging out with my absolute smartest friend having, somehow, the precise conversation I need to have in this historical moment. Olivia Laing’s mind is a thrill to watch, and the connections she draws between the body, sex, art, and freedom made the world around me buzz with new depth and possibility, connections revealed and illuminated. Rare is the book that makes you feel more alive just in reading it, but Everybody does just that.

— Alex Marzano-Lesnevich, author of The Fact of a Body

A provocative inquiry into the body’s power and vulnerability, Everybody combines deep research, historical gossip, unsung queer lives, and deliciously readable prose. Laing reckons with her own gender and embodiment alongside major and minor theorists, artists, and activists, casting fresh light on the unending struggles for freedom and autonomy

Laing’s Everybody animates flesh with the incandescent force of histories both individual and collective. Through her incisive lens, the body—that knot of mind, matter, culture, and society that we dwell inescapably within—becomes almost impossibly fascinating.

— Alexandra Kleeman, author of You Too Can Have a Body Like Mine