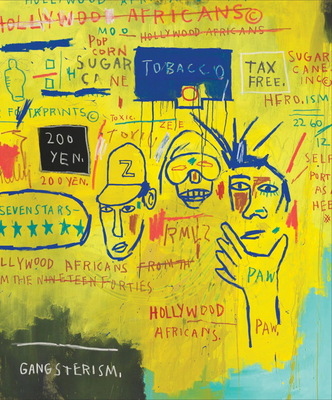 In the early 1980s, art and writing labeled as graffiti began to transition from New York City walls and subway trains onto canvas and into art galleries. Young artists who freely sampled from their urban experiences and their largely Black, Latinx and immigrant histories infused the downtown art scene with expressionist, pop and graffiti-inspired compositions.

Jean-Michel Basquiat (1960-88) became the galvanizing, iconic frontrunner of this transformational and insurgent movement in contemporary American art, which resulted in an unprecedented fusion of creative energies that defied longstanding racial divisions. Writing the Future features Basquiat's works in painting, sculpture, drawing, video, music and fashion, alongside works by his contemporaries--and sometimes collaborators--A-One, ERO, Fab 5 Freddy, Futura, Keith Haring, Kool Koor, LA2, Lady Pink, Lee Qui ones, Rammellzee and Toxic. Throughout the 1980s, these artists fueled new directions in fine art, design and music, reshaping the predominantly white art world and driving the now-global popularity of hip-hop culture. Writing the Future, published to accompany a major exhibition, contextualizes Basquiat's work in relation to his peers associated with hip-hop culture. It also marks the first time Basquiat's extensive, robust and reflective portraiture of his Black and Latinx friends and fellow artists has been given prominence in scholarship on his oeuvre. With contributions from Carlo McCormick, Liz Munsell, Hua Hsu, J. Faith Almiron and Greg Tate, Writing the Future captures the energy, inventiveness and resistance unleashed when hip-hop hit the city.