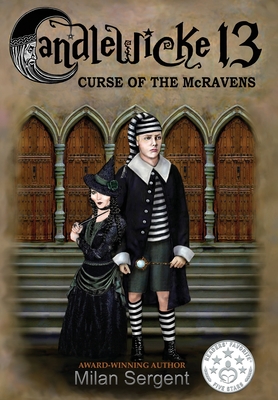 Valor McRaven tries to hide his odd symptoms from the "normal" witches. His shadow moves on its own, and he sometimes makes objects move without the required wand. Valor refuses to believe the rumors about his family, even after Mystic Ministry locks the McRavens in the sanatorium and schedules him to be the hunted fox in a ghastly tournament with blindfolded ogres, boiling cauldrons, and cats with moon madness.

If Valor wins, or survives, he can begin his dream of becoming an apprentice of magic at Mystic Steeples, where he hopes to unravel the death of his twin and the attempts someone keeps making to kill him.

His only friends say it's too late for that. They insist he's the leader of their misfit coven foretold to unravel the greatest cover-up in history (The Great Deception) and stop the Grim Warlock's terrible Thirteenth Hour. But they're not risking a life sentence in a dreary prison having their inner essence removed.

The only person Valor trusts is his morosely precocious adopted sister, Doomsy Gloomsy, who knows much more than any eight-year-old should.