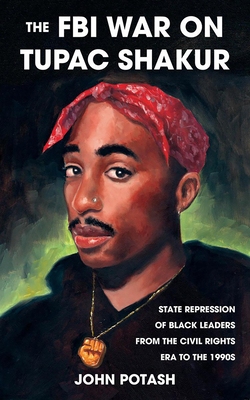 Since the first day after the tragedy was announced, controversy has surrounded the death of rap and cultural icon Tupac Shakur. In this work, preeminent researcher on the topic, John Potash, puts forward his own theories of the events leading up to and following the murder in this meticulously researched and exhaustive account of the story. Never before has there been such a detailed and shocking analysis of the untimely death of one of the greatest musicians of the modern era. The FBI War on Tupac Shakur contains a wealth of names, dates, and events detailing the use of unscrupulous tactics by the Federal Bureau of Investigation against a generation of leftist political leaders and musicians. Based on twelve years of research and including extensive footnotes, sources include over 100 interviews, FOIA-released CIA and FBI documents, court transcripts, and mainstream media outlets. Beginning with the birth of the Civil Rights Movement in America, Potash illustrates the ways in which the FBI and the United States government conspired to take down and dismantle the various burgeoning activist and revolutionary groups forming at the time. From Martin Luther King Jr. to Malcolm X to Fred Hampton, the methods used to thwart their progress can be seen repeated again and again in the 80s and 90s against later revolutionary groups, musicians, and, most notably, Tupac Shakur. Buckle in for this winding, shocking, and unbelievable tale as John Potash reveals the dark underbelly of our government and their treatment of some of our most beloved black icons.