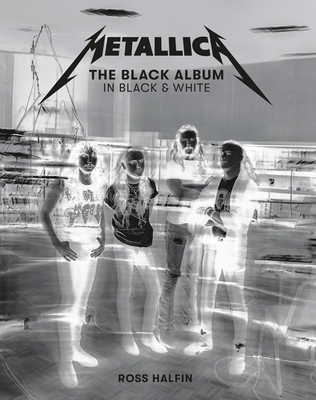 The authoritative portrait of the bestselling metal classic, with unseen photographs from the recording sessions and tours

Following its release in August 1991, Metallica's landmark self-titled album--better known by fans as the Black Album--debuted at number one in ten countries and spent four consecutive weeks at the top of the Billboard 200. It has since become one of the bestselling albums of all time, selling more than 35 million copies worldwide, spawning numerous singles and earning various industry accolades, including a Grammy, MTV and American Music Awards. The tour that accompanied it was equally gargantuan, with the band clocking in nearly 300 shows in three years.

Official photographer Ross Halfin was in the recording studio with the band and documented the tour that followed. Between 1991 and 1993, he shot thousands of film rolls of the hectic performing schedule and many unique portrait sessions, backstage documentary-style photography, rehearsals, interviews and band meetings. This official Metallica book features many previously unpublished images, with introductions by Ross Halfin, James Hetfield, Lars Ulrich, Kirk Hammett, Jason Newsted and Robert Trujillo. Printed with a metallic silver jacket with block-foil lettering, it is an epic celebration of one of rock's greatest creations. Ross Halfin is one of the world's leading photographers and has been photographing Metallica since 1984 and has traveled with the band to every continent and almost every country in the world, covering every aspect of the band's career: in the studio, backstage, on the road and at home. He has photographed almost every major artist and continues to work and travel as first choice photographer for the biggest bands in the world.