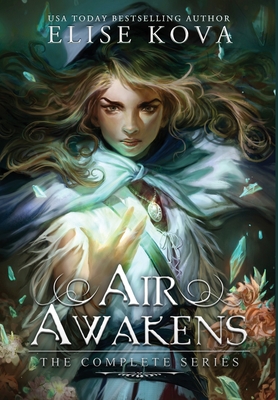 It is all five books bound as one, large manuscript.

All Vhalla wanted for her seventeenth birthday was a book... What she got was the attention of a dark and fiery prince and a rare elemental magic.

After unknowingly saving the life of the crown prince with powers she's not supposed to have, Vhalla must make a choice:

Embrace her sorcery and leave the quiet life she's known, or eradicate her magic entirely.

But the choice isn't hers alone. Powerful forces who want to use her magic for their own gain lurk in the shadows, and the only ally Vhalla may have is the cut-throat Crown Prince Aldrik. He's everything she's been taught to fear - a sorcerer and royalty - but beneath his harsh exterior is the heart of a tortured man she finds herself dangerously drawn to.

He may be the last person she ever wanted. But he's the one person she needs. And, with his training, she'll show the Empire what a quiet library girl is truly capable of.